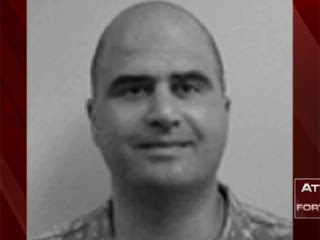 A horrific tragedy occurred at Ft. Hood, TX on Thursday. It is an event that we will likely be thinking about and trying to understand for a long time. MAJ Nidal Malik Hassan murdered at least a dozen of his fellow soldiers and wounded dozens more. It was an Act of Terrorism.

The FBI investigation will likely reveal further information about his motives and any ties to possible Jihadist Organization. My personal view is that MAJ Hassan acted alone. He was his own terrorist group and likely not associated with Al Qaeda, the Islamic Brotherhood, Hizbollah, or a host of other groups. Reports indicate that he shouted "Allah Akbar" the battle-cry of Islamic Militants (but also millions of faithful Muslims stating a fact, God is indeed, Great). That does not mean he is an Islamic Terrorist or tied to any group, but information on his political past, indicate at least an affinity for the cause of Islamic Jihadists. He was vehemently opposed to the War in Iraq and Afghanistan. He supported suicide bombers and believed that Muslims had an obligation to fight Americans in Iraq and Afghanistan. He also reportedly had a troubled military career. MAJ Hassan was a troubled man who had expressed sympathy with Islamic Jihadists and on Thursday became one himself.

Victor David Hanson, the outstanding historian and author of military history at Stanford University placed the actions of MAJ Hassan in its wider context on The Corner at National Review Online:

Yet I think it is fair to say that the Fort Hood mass murder could be seen in two larger contexts:

1) a disturbing pattern of attacking American soldiers on bases or offices inside the United States (e.g., the 2005 plot to shoot down military aircraft leaving the National Guard base in Newburgh, N.Y.; the 2007 mass-murder plot at Fort Dix; the shooting at the Little Rock, Ark., recruiting station, etc.), and

2) what I once in two NRO essays called al Qaedism, or the spontaneous rage of disaffected Muslims, who connect their own failures in some sense to generic radical Islamist sentiments, and act out that anger by running over the innocent (San Francisco or North Carolina), shooting Jews (the LAX or Seattle attacks), or shooting up malls or sniping. These are of course different from but in addition to the 24 organized plots that have been broken up since 9/11, four of them this year alone.

In reaction officials and news people often opt for therapeutic exegeses — stress, often of the post-traumatic sort, ill-feeling and bias shown Muslims, family problems, or brainwashing by nefarious outside actors — to explain the cold-blooded nature of the murdering. (I am watching on the news a family member eagerly explain past prejudice shown the killer and, despite his adept handling of firearms to shoot over 40 people, the murderer's being ill-at-ease with firearms.)

Far more rarely do they ever suggest that the Islamist notion abroad that America is to blame for mostly self-induced pathologies in the Islamic world mostly goes unquestioned here at home — and as a result filters down to the lone angry and violent here as the belief that there is some sort of cosmic justification that can amplify their own outrage at a sense of personal failure or setback.

If it is shown that the present killer openly in the past expressed sympathies for or tolerance of Islamist violence abroad, one would have expected, in the current climate of fear of being seen as illiberal or judgmental, little repercussions or formal preemptory action to preclude the possibility of future violence.

In other words, the narrative after 9/11 largely remains that Americans have given in to illegitimate "fear and mistrust" of Muslims in general. A saner approach would be to acknowledge that there is a small minority of Muslims who channel generic Islamist fantasies, so that we can assume that either formal terrorist plots or individual acts of murder will more or less occur here every three to six months.
At some point, if both these organized plots (see the most recent in Boston) and isolated acts of lone gunmen and homicidal drivers continue, and if the prevailing theme continues to be fears of American intolerance and unfairness to Muslims after 9/11, I think the public will resent the disconnect between what they are told to think and what they believe, on the basis of some evidence.

What is important ultimately is that the ideology of Jihadism does not require a sophistitcated cellular network to conduct operations against the West. One man with a weapon and the ideology can inflict great pain and suffering on the population. That is true here with MAJ Hassan. One troubled Army Psychiatrist who was sympathetic to the Jihadist Ideology killed and wounded his fellow Soldiers. Whatever his motives or background, he became, a one-man Terror Cell. In the War on Terror there is no front line and there is no rear area.

We can thank the quick reaction of Emergency Personnel, Civilians and Military within the Processing Center, and the bravery of SGT Kimberly Munley who despite her own wounds disabled MAJ Hassan saving more lives. These are the heroes of Ft. Hood, TX.
Posted by CatholicSoldier at 9:04 AM