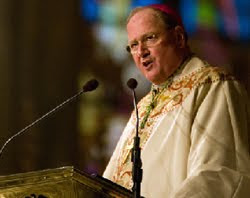 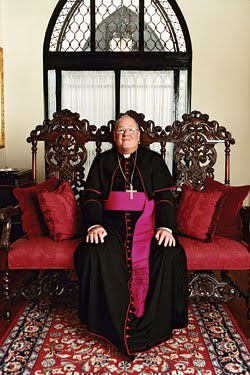 Milwaukee lost a powerful voice for Traditional Orthodox Roman Catholicism a few months ago with Archbishop Dolan's appointment to the See of New York. However, the Archdiocese of New York and the larger American Catholic Community gained a Faithful Shepherd who will present the authentic Catholic Faith to a larger.

Archbishop Dolan understands that Faithful Catholicism is not about "No" as the Media and heterodox Catholics so often paint it, but about an affirming "Yes".

The Church is not without challenges, yet Archbishop Dolan will offer a powerful voice from the Pulpit of New York with solutions to those Challenges.

The Catholic News Agency had a recent piece in August where he took stock of the challenegs facing his archdiocese and what the Church can do to provide answers. He recognizes that vocations are key to the Life of the Church and just as he worked tirelessly in Milwaukee to improve vocations after the disaster of Archbishop Weakland, he will have the same impact in New York.

New York Magazine offered a more critical view on Archbishop Dolan, but it recognizes his charm and his pastoral attitudes which will assist him in presenting the Affirming "Yes" of Traditional Catholicism to a City and to a Country that so often runs counter to that.