Tatooine and Other Things 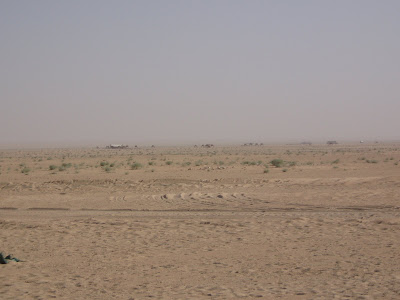 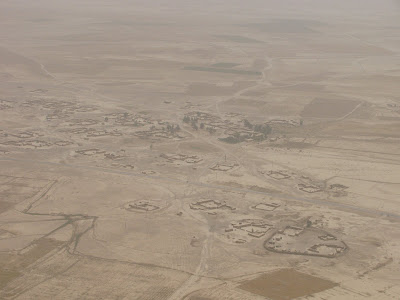 We just conducted an aerial reconnaissance of the northern part of Diyala Province and I saw the set for Star Wars. The only thing missing was a second CG sun, Jabba's Palace and the Sarlac Pit. Everything else was there with remote terrain, ravines and gulleys where water once flowed when Diyala was greener, small settlements (villages) established in the middle of the desert, and lonely desert highways that are sparsely traveled. It is always a treat when one has the opportunity to fly over the AO in daylight from a UH-60. As an Intel guy it is great to see from the "eye in the sky" what I read about daily. I can put a place to a name and can better visualize it in my head, even if that visualization will still have Tusken Raiders (AQIZ are definitely Tusken Raiders), Jawas and water farmers (the average Iraqis).

So a man was driving through an Iraqi Police (IP) checkpoint and was asked by the IP, "Are you Sunni or Shi'a?"

"I'm an atheist," replied the driver.

"Yeah, but are you a Sunni Atheist or a Shi'a Atheist?"

It's a funny joke, but it does explain so much of what makes people here. In the Post-Christian West (post-Christian in that one's religious affiliation no longer is an important means of self-identification, though when pressed the vast majority would self-identify as Christian), this concept seems alien, yet it is an essential part of Iraqi self-identification. That the self-identification can be and often is associated with violence is all the more tragic.
Posted by CatholicSoldier at 8:56 AM